Chat with us, powered by LiveChat
Skip to content

Got a social or press/media enquiry? Get in touch

If you’re an influencer or a member of the media and would like information about Lifelab Testing™, please email us at social@lifelabtesting.com

Team Row4Victory are four fearless friends from Yorkshire rowing 3,000 nautical miles ​across the Atlantic in the Talisker Whisky Atlantic Challenge 2018.

Team Row4Victory are four fearless friends from Yorkshire who will be putting their physical and mental strength to the test when they row 3,000 nautical miles across the ocean in the Talisker Whisky Atlantic Challenge 2018.

The team unites a serving Royal Engineer, an ex-Royal Marine, a civilian and a serving Chief Technician in the Royal Air Force. They will attempt to cross the unrelenting seas and win the 4 man pure class race, smashing the current record. Raising money to commemorate the work of the Royal British Legion in the last 100 years, the race could take between 35 and 70 days with the team rowing 2 hour shifts in pairs.

Described at the ‘World’s toughest endurance race’, team Row4Victory will start the challenge in December 2018 in La Gomera, Canary Islands and finish in Antigua. Currently fewer people have rowed the Atlantic than have travelled into space or climbed Mount Everest. With storms, adverse weather conditions, hunger and sleep deprivation, the team will face the challenge of their lives.

Get on board today by supporting Row4Victory by sponsoring or donating. 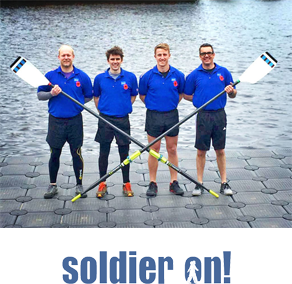 Lifelab Testing is always happy to work alongside the press to help educate people with their allergies and intolerances, here are our press releases written with our BANT qualified Nutritional Therapist. These resources are available to use, crediting Lifelab Testing. Please contact us for reciprocal link exchange.

SAVE 30% IN OUR PAYDAY SALE
Use code at checkout PAYDAY30
x
We use cookies to ensure that we give you the best experience on our website. If you continue to use this site we will assume that you are happy with it.Ok