Blood analysis is a revealing tool for observing and monitoring the health of the human body through capillary blood.

Practitioners utilise high-powered equipment to examine the plasma (the liquid component of blood) and gather data. From this data, we analyse how it relates to your food allergy and intolerances.

We’ve all heard people talking about having ‘allergies’ or ‘intolerances’ as it’s quite a common thing in the modern age, but the true definition of what they are and the difference between them is confused or misunderstood. In the Lifelab laboratory our analysts use The Allergy Line Test, which is an enzyme immunoassay for in-vitro testing. There are two distinct areas of testing we carry out in our laboratory; IgE, for allergies and IgG4, for intolerances. 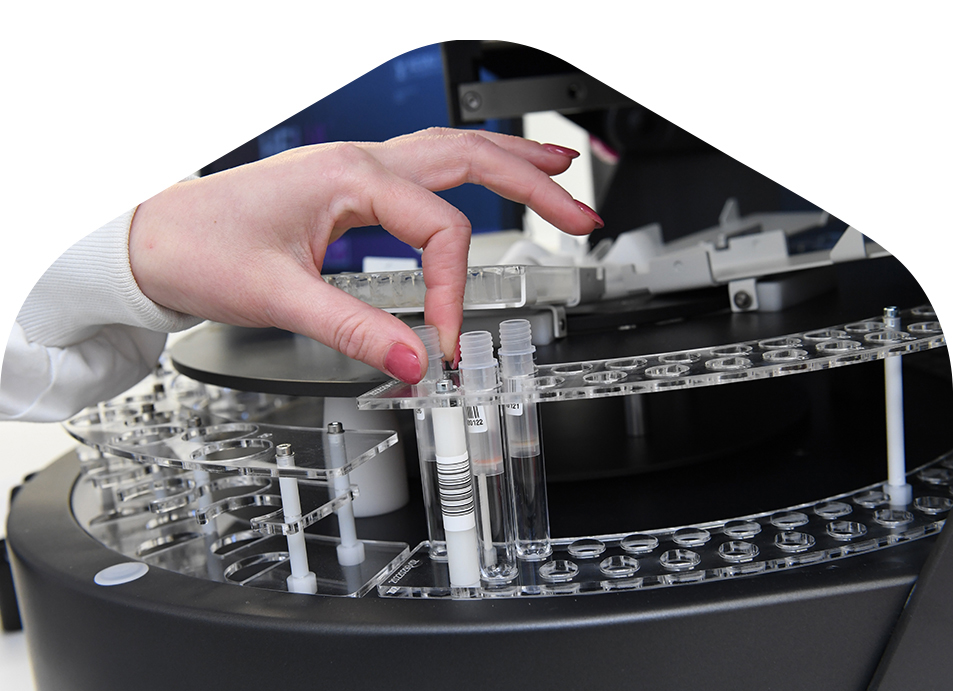 What is a Food Allergy?

“An allergy is the body’s immune system responding to what would normally be considered a harmless substance such as pollen, food, mould, pets’ hair, insects, medicines or house dust mites” (Allergy UK, 2017)

Essentially this means that the body is reacting to something it comes into contact with via breathing, ingesting or touching. The body perceives this substance, to be a ‘threat’ and produces an inappropriate response aka an allergy symptom.

The physiological response to a threatening substance is for the body’s immune system to produce antibodies, antibodies are produced by a type of white blood cell called a B cell. When B cells become activated, because the body is responding to a ‘threat’ or antigen, they develop into plasma cells. Plasma cells create antibodies that are specific to an antigen. The type of antibody produced in an allergic response is IgE, these are found mostly in saliva and mucus.

To put this into context you may have eaten a food, touched an item or inhaled a substance (like pollen) that would ordinarily be harmless. The body has mistakenly identified the substance as a threat and produced antibodies. The next time you come to interact with the items again, you experience allergic symptoms. These symptoms can be as mild as a runny nose and severe as anaphylactic shock.

What is Food Intolerance?

According to the NHS food intolerance is a difficulty digesting certain foods and experiencing physical symptoms as a result of eating them (2016).

The onset of food intolerance symptoms tends to be slower and can occur up to 72 hours after ingesting a food. There are various types of intolerances, at Lifelab Testing we test for immune-mediated intolerances which produce IgG4 antibodies, but there are also other common intolerances such as lactose and histamine intolerance.

What about Gluten Intolerance?

There are a number of different types of gluten intolerance. At Lifelab we test immune-mediated gluten intolerance through the identification of IgG4 antibodies. There are other possible causes of symptoms following the consumption of gluten; coeliac disease and non-coeliac gluten sensitivity. Coeliac disease is an autoimmune condition and can be tested for via your GP. Non-coeliac gluten sensitivity has no associated antibodies and does not damage the gut lining however does cause similar symptoms to that of coeliac disease. We do not test for gluten IgE allergy as in our experience this is rarely seen. It must be noted that gluten IgE allergy is not the same as coeliac disease. If you suspect you may have coeliac disease we strongly recommend you seek advice from your GP.

UP TO 55% NEW YEAR SALE LAST CHANCE
SAVE AN EXTRA 15% NOW WITH CODE: NEWYEAR
x